Adventures in Telemedicine: How One Healthcare Couple Used Van Life and Remote Work to Live Life on Their Terms

If ever there was a year suited to both van life and telemedicine, 2020 was it. Nobody knows this better than Dr. Justin Woods, a family medicine physician and his wife Betsy, a pediatric ER nurse. The couple announced last February on Instagram that they had managed to pay off 100% of their $225,000 student loan debt in just 15 months. How did they do this? By living half of the past three years in their converted Sprinter van in the parking lot of the hospital they both worked at. But living in a van wasn’t just an exercise in extreme frugality, it has allowed them to pursue their mutual passion for adventure while Justin does telemedicine and Betsy teaches online. We love speaking to providers who have used telemedicine to do what they love so we caught up with the Woods to learn more about their unique journey.

TDJ: What first gave you the idea to live in a van? How did you go about finding the perfect van and converting it?

Justin: I had been talking about converting a cargo van into a camper for a couple of years and then while in residency we had one of our vehicles stolen. When looking for a replacement we decided to get an ex-Fedex Sprinter to convert and use as our second vehicle. The van is one we found on Craigslist and had to first strip out the shelves before we built it out with the help of our parents. The process took about six months until it was completed. We didn't initially plan to live in it but once the idea was first mentioned it started to gain traction and we decided it'd be a great way to save money on rent during my last year of residency. 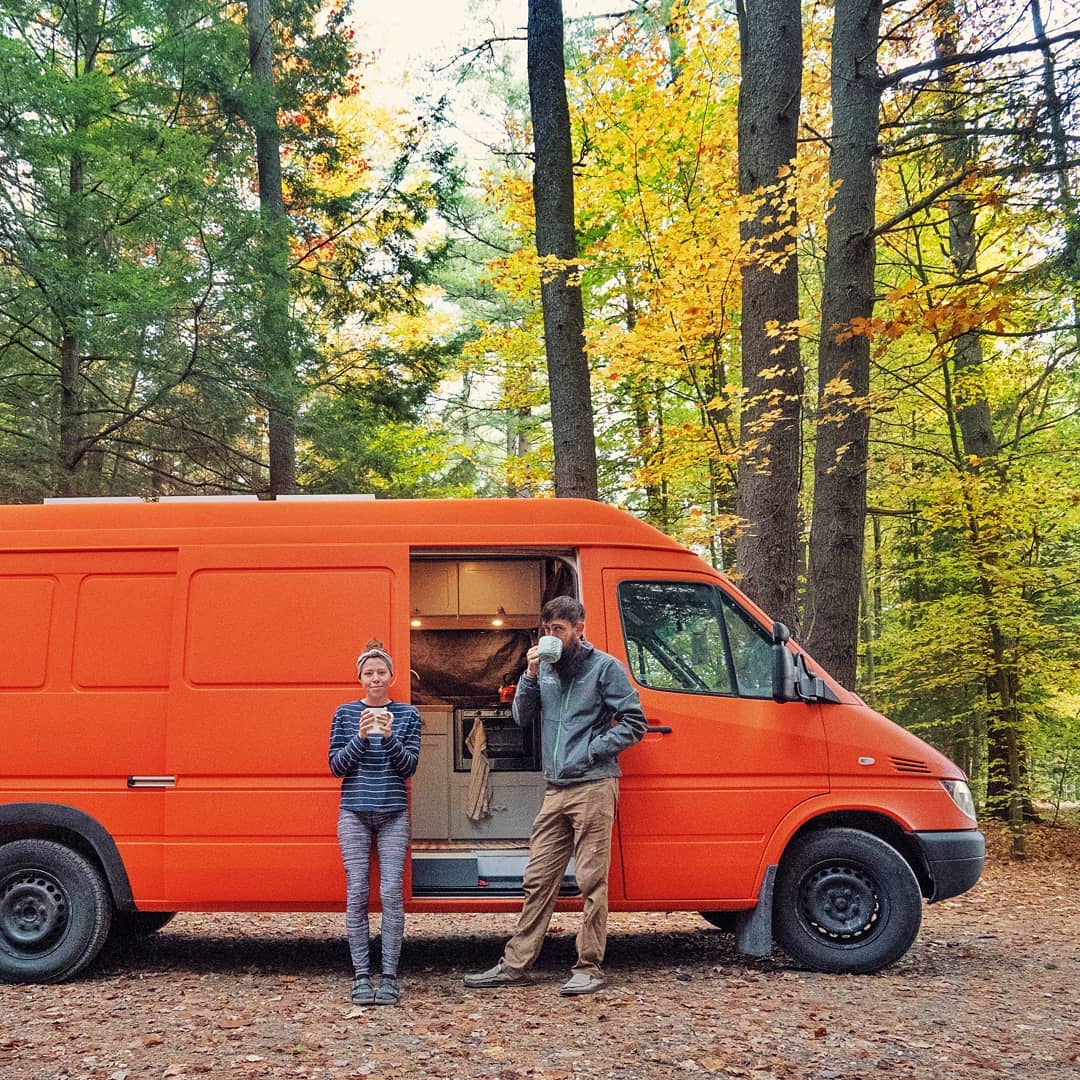 TDJ: Medicine can be a relatively conservative profession. Did your colleagues know you were living in the hospital parking lot? What was their reaction?

Justin: For the year we lived in it during my residency my fellow residents and faculty were aware that we were living in a van. Some thought it was crazy but most people were excited by the idea. During my first job out of residency in the Bay Area no one was aware that we lived in a van. It didn't seem like the thing you mention during the interview.

Betsy: My colleagues were all aware that we were living in a van, both during that last residency year and in the Bay Area. A lot of the staff I worked with where Justin was doing residency thought it was kind of crazy but didn't think it was unprofessional. When I started working in the Bay Area and casually mentioned we lived in a van to a few colleagues, I was surprised to discover that six of my coworkers also lived in converted vehicles in the hospital parking lot to avoid paying super high rent, so no one thought twice about what we were doing. 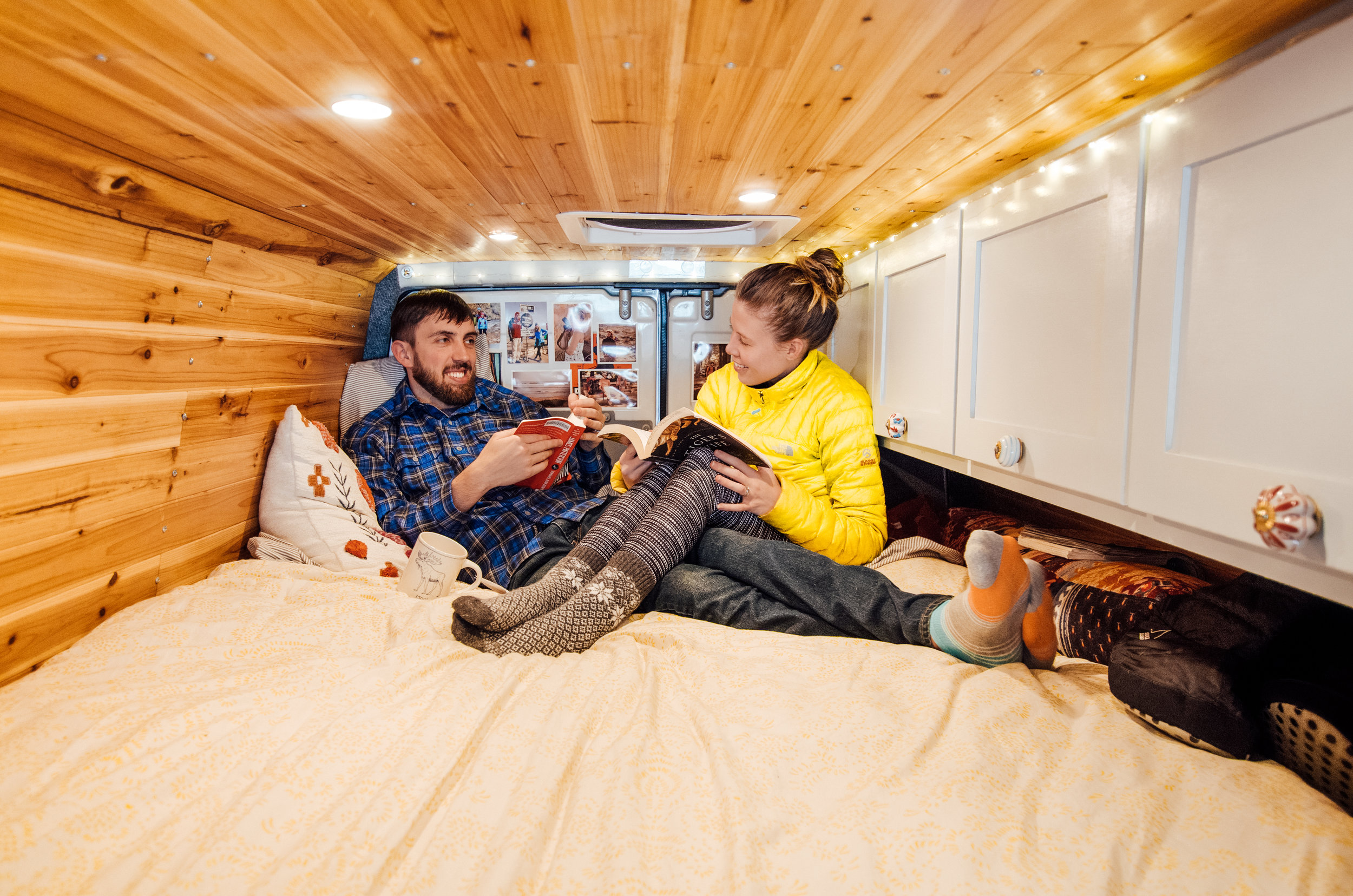 TDJ: How did it feel to make the final payment on your student loan debt?

JW: It felt amazing and freeing! We had been working six jobs between the two of us and living as cheaply as possible to speed up the process. We knew there would be a lot more flexibility to pursue quality of life and work that we're passionate about without the pressure of loan repayment over our heads. 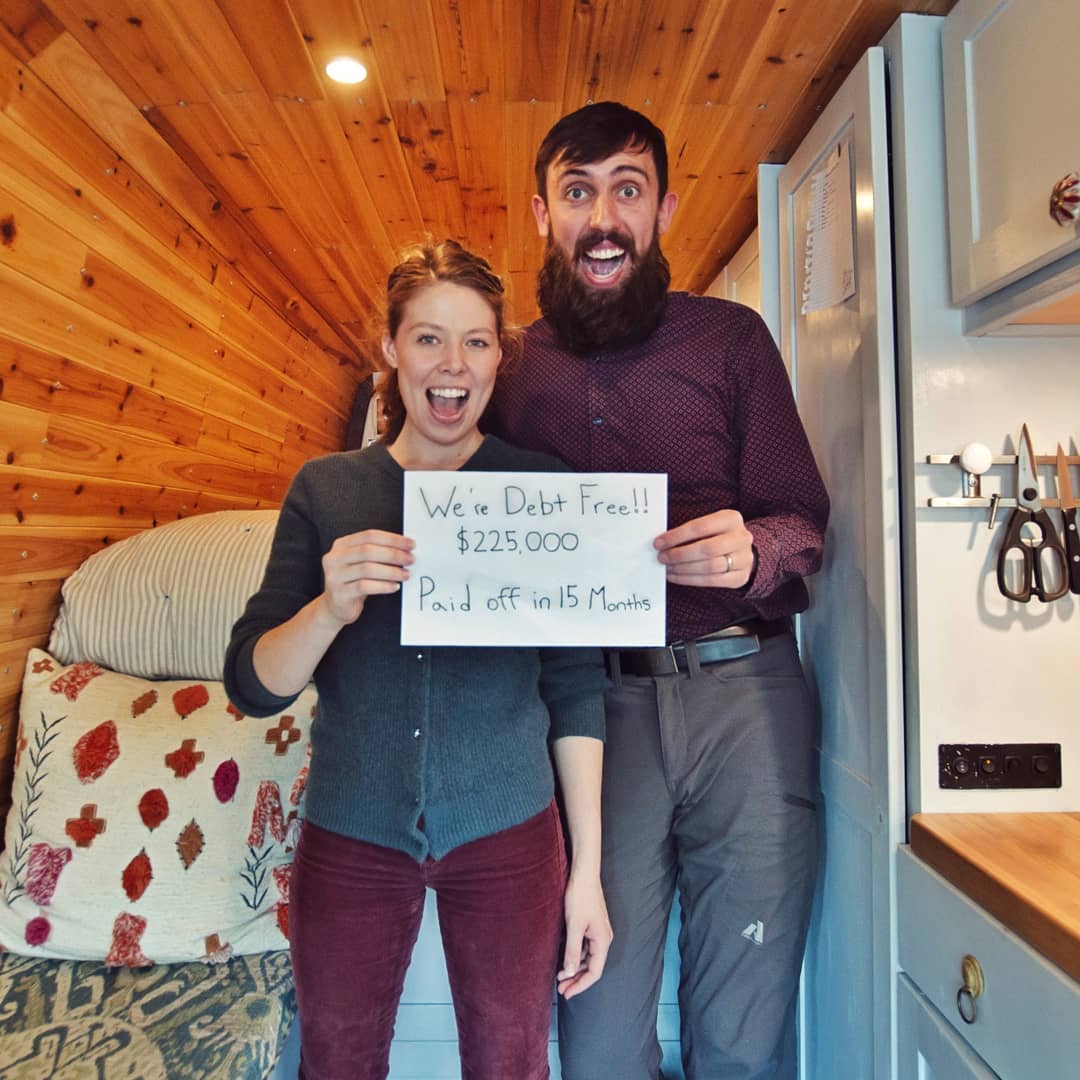 TDJ: What has been your favorite trip so far?

JW: My favorite trip with the van was one we took up to Banff and the Icefields Parkway as it's one of the most beautiful places I've visited. My favorite trip without the van was one to Nepal with friends. We happened to be there during the earthquake in 2015, which turned it into a much more memorable experience than what we were expecting. We're both eager to travel interationally again as soon as COVID restrictions are lifted.

BW: My favorite trip with the van was to the East Coast to see the fall colors followed by a route back to the West Coast that took us through a lot of remote and really beautiful parts of the US. I have to agree with Justin about Nepal being our favorite international trip. Between trekking with breathtaking views of the Himalayas every day, a multi-day white water rafting expedition, and being near the epicenter of the earthquake, it was incredibly memorable! A close second would be our trip to Cambodia. 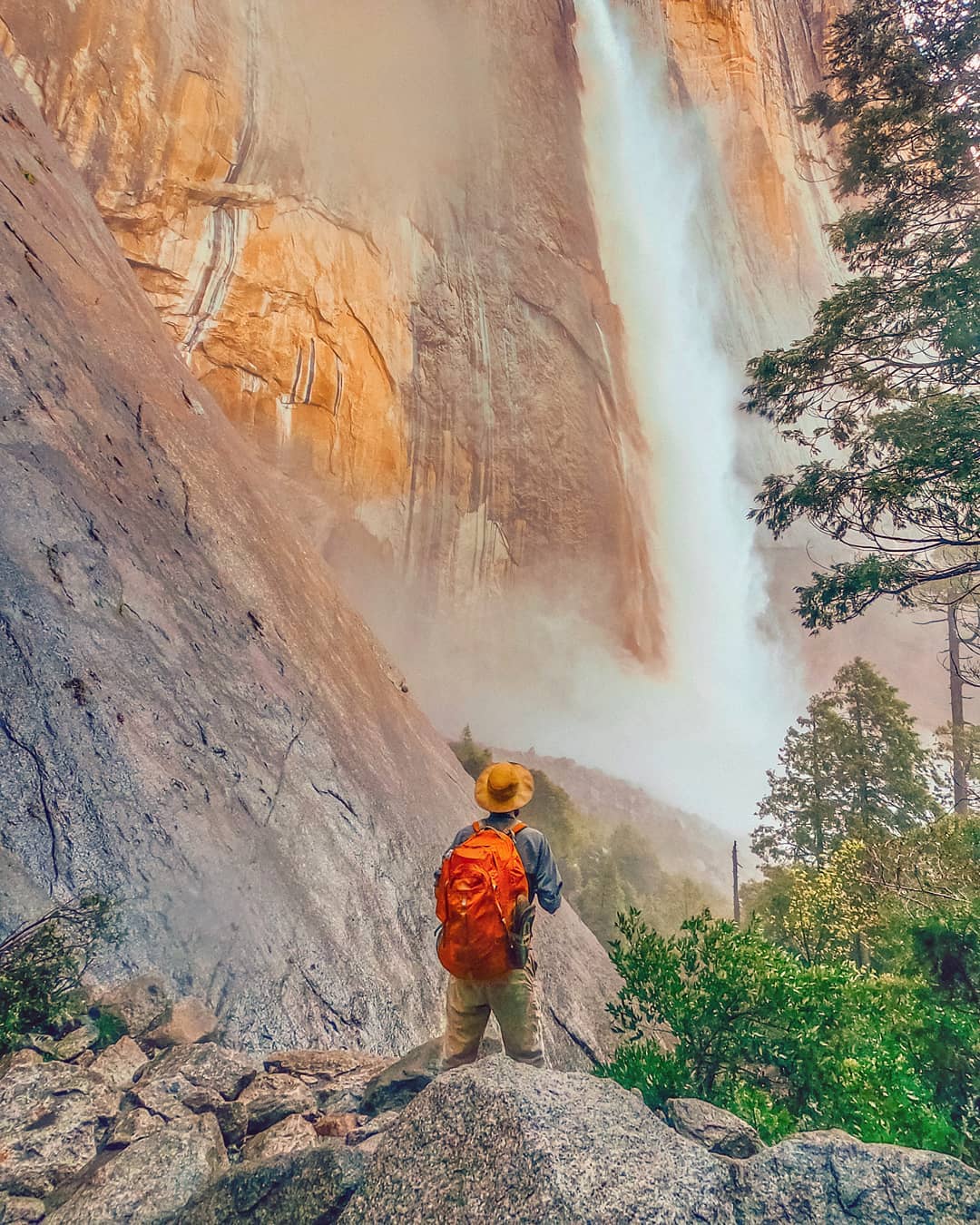 Have there been any unexpected challenges? What do you know now that you wish you had known when you first started this journey?

JW: When the pandemic started we had been showering at the gym and using the hospital/clinic bathrooms, but that ended as everything either closed or restricted access. It resulted in some extra trips to Target and sink showers in the van until we figured out a solution.

I wish I had known initially that it would take extra effort to cultivate community while living in the van, especially once I started working remotely. We have always enjoyed having large groups of people over but that became much more of a challenge once our new home could only seat four people.

BW: There have definitely been a lot of challenges, but aside from the COVID shower situation, I think all of them were expected. We knew living in a van in a city while continuing to hold professional jobs wouldn't be a walk in the park. 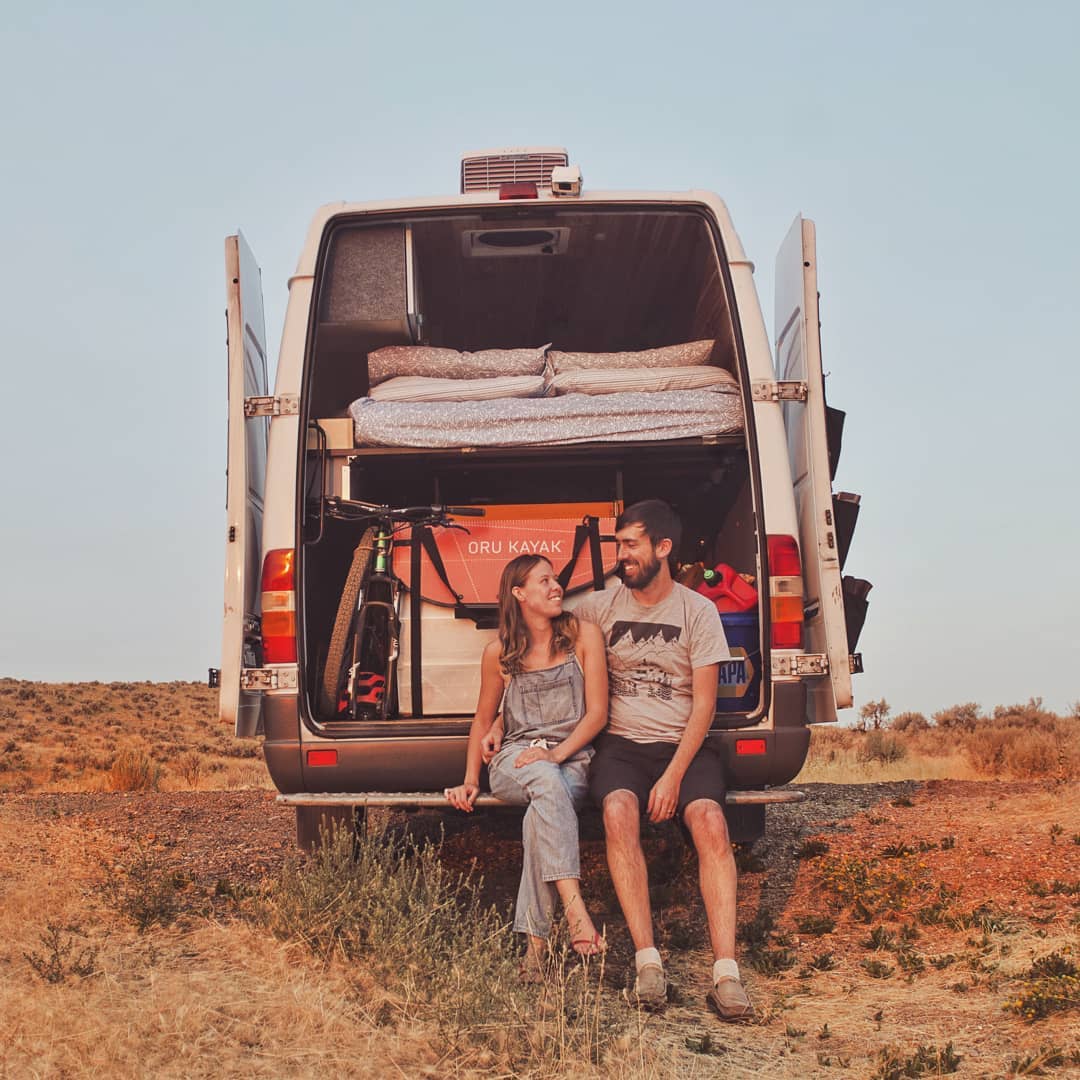 TDJ: Since finishing residency you have worked at a number of telemedicine companies. What do you look for in a telemedicine job and what do you avoid? What would you recommend to other providers looking for a remote position?

JW: I've worked for five different telemedicine companies so far and they've all been very different experiences. I started in telemedicine as a side gig to help pay off debt faster but have found that I enjoy it and the freedom of location it can provide. When evaluating telemedicine jobs I look for whether they require a minimum number of hours and if they require night or weekend work. I'm not opposed to working atypical hours but I prefer it to be on my own schedule and have flexibility to offer what hours I want to each job. I also look to see if the job provides malpractice coverage as not all do and I prefer not to need to obtain my own policy.

I'd recommend that providers looking for a telemedicine position keep a few things in mind. One being that it's important to remember your value in the business model as you have negotiating power. The second is that a physician needs to have assessed their comfort level with supervising other providers as this is becoming more common in the telehealth space and could play a role in whether you pursue a particular job or not. Lastly, it is essential to keep in mind why you're looking for a remote position and make sure the job in question aligns with your work/life balance goals as some jobs that are remote can be more demanding of time than an in-person one. 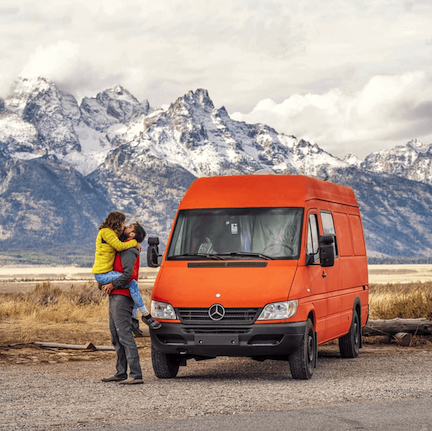 Have you heard from any colleagues wanting to get their own van? What’s your advice?

JW: We've had five couples that we know get vans and convert them. Some of them have worked remotely and others have retained professional jobs in one location. Our advice to those thinking about it is that it is not only doable to work a professional job while living in a van, but can also offer up a lot of opportunities that one may otherwise miss. The key to keep in mind is making sure you have a way of making yourself look presentable if you'll be working face-to-face with anyone.

Where are you off to next?

JW: We'll be wandering around the West during the spring and then moving to New Orleans this summer for a palliative fellowship that I'll be doing there. 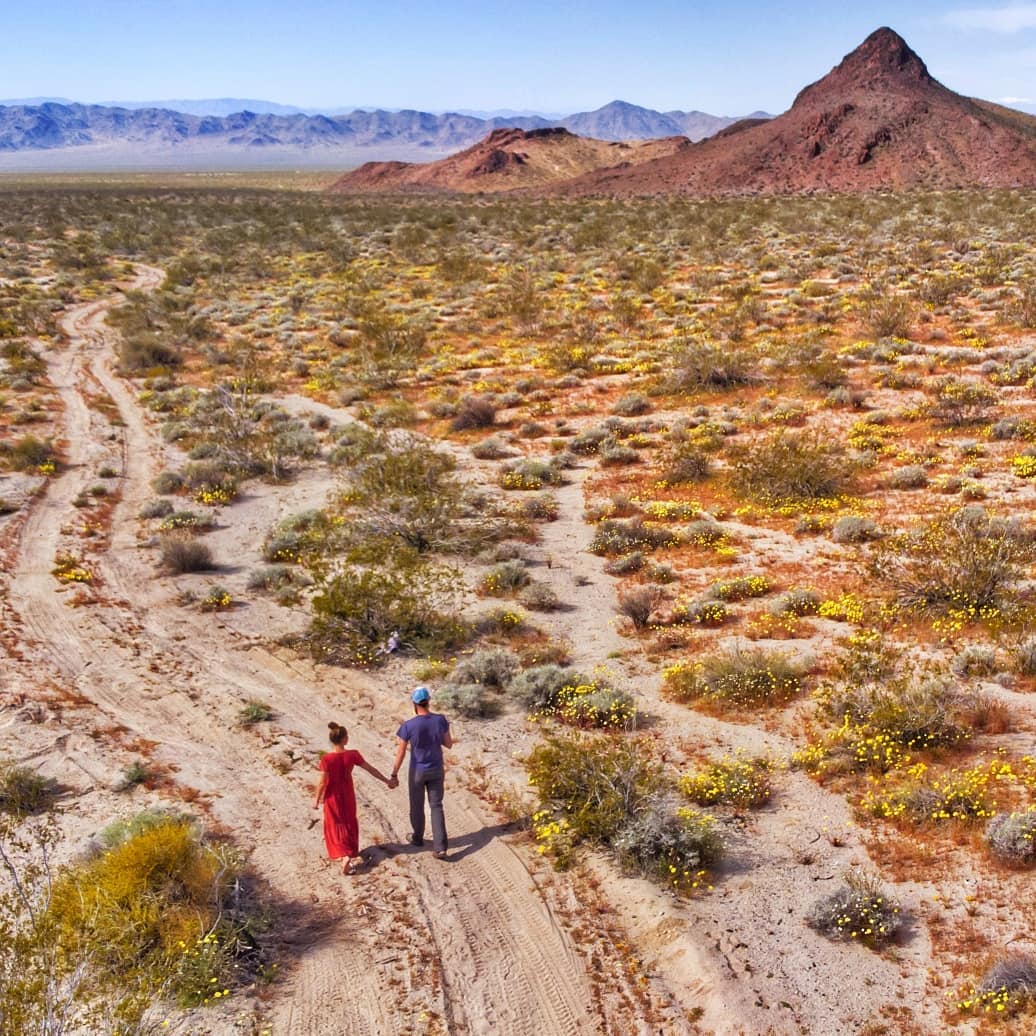